Revenge of the Living Dead Girls. 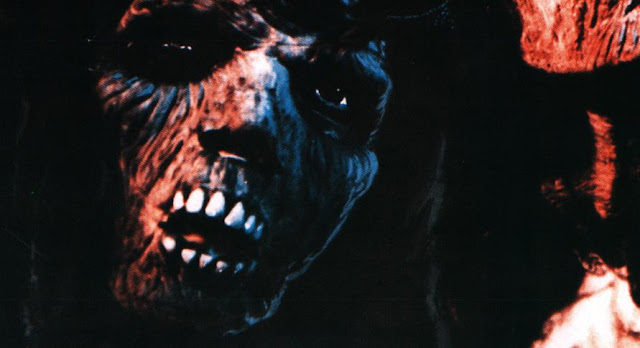 An unofficial sequel to the Rollin “Masterpiece”, this one is directed by Pierre B. Reinhard, which, for all we know is another alias of the infamous French director.  After all, Zombie Lake wasn’t directed under his actual name.  No matter who the director is, the film certainly will turn out to be a challenge to sit through, and Lovelock and Starkwell are ready for the challenge.  Or a least, they think they are. The menu screen shows an option for an ‘alternate ending’, which we just may have to view later.  For now… PLAY MOVIE!

Starkwell: She’s pretty trusting to just follow a trucker into an abandoned old tower of some kind.

As the plot began SLOWLY developing, and it turns out that the poisoned milk is making women die, Starkwell and Lovelock spent several minutes trying to decide of the film was originally filmed in French or not.  Either way, they agree that the overdubbing is hilarious, the acting is atrocious, and the mood is lightly pornographic.

[Captain Motorcycle disposes of The Company’s toxic waste in the ‘middle of nowhere’.]

Starkwell: So, apparently the middle of nowhere is directly on top of the recently deceased’s graves?

Lovelock: Well, duh, how else would they come back for revenge, as living dead girls.

Starkwell: So it just happens to be the three that died from tainted milk?

Lovelock: Well, duh, how else would they come back for revenge, as living dead girls.

So basically there’s a dude that went and had sex with the woman that the living dead girls had just killed with a heel to the eye, but he never realized that she was dead, until THE NEXT DAY, when the Evil Secretary told him that she was dead, as she tried to get the sexy sex out of him.  He doesn't even seem disturbed that he had sex with a corpse last night, and then left... the corpse.  I guess he doesn’t mind when the girls don’t say anything, or move at all.  A little while later, the living dead girls bit a guy’s penis off, to which Starkwell said something along the lines of “Oh fuck off” and left the room.  Lovelock stayed mostly quiet for the rest of the film.

Lovelock: It must be nice to have such smooth and perfect hand when your face is all decayed and rotten.  Actually, the decaying face part of it probably isn’t very nice at all, granted it would make the hands appear even smoother.

Then the Chemist was referring to the chemical burn on his hand, and holding his hand up and there was CLEARLY no burn on his hand.  Apparently they didn’t bother with the makeup.  Then the Chemist tried to explain what was going on, and NOTHING ADDS UP.  Ordinarily movies have the occasional continuity issue, like a drink changing hands, or a button being done, then undone.  But this film's continuity errors are so in your face, it almost makes it awesome.  Almost.   Lovelock started laughing, and I’m pretty sure he kept laughing until the awkward lesbian scene (that ended with sword-into-the-vagina death) silenced him.  Then during the horrifying INSTANT miscarriage in the shower scene, Lovelock decided he was done with this movie and walked out.  I think he was still watching from the other room though, because he came back in when Captain Motorcycle was TOXIC WASTED.  Then the movie ended all of a sudden and Lovelock let out an awkward laugh.
Documented by Kev D. and Posted at 19:36