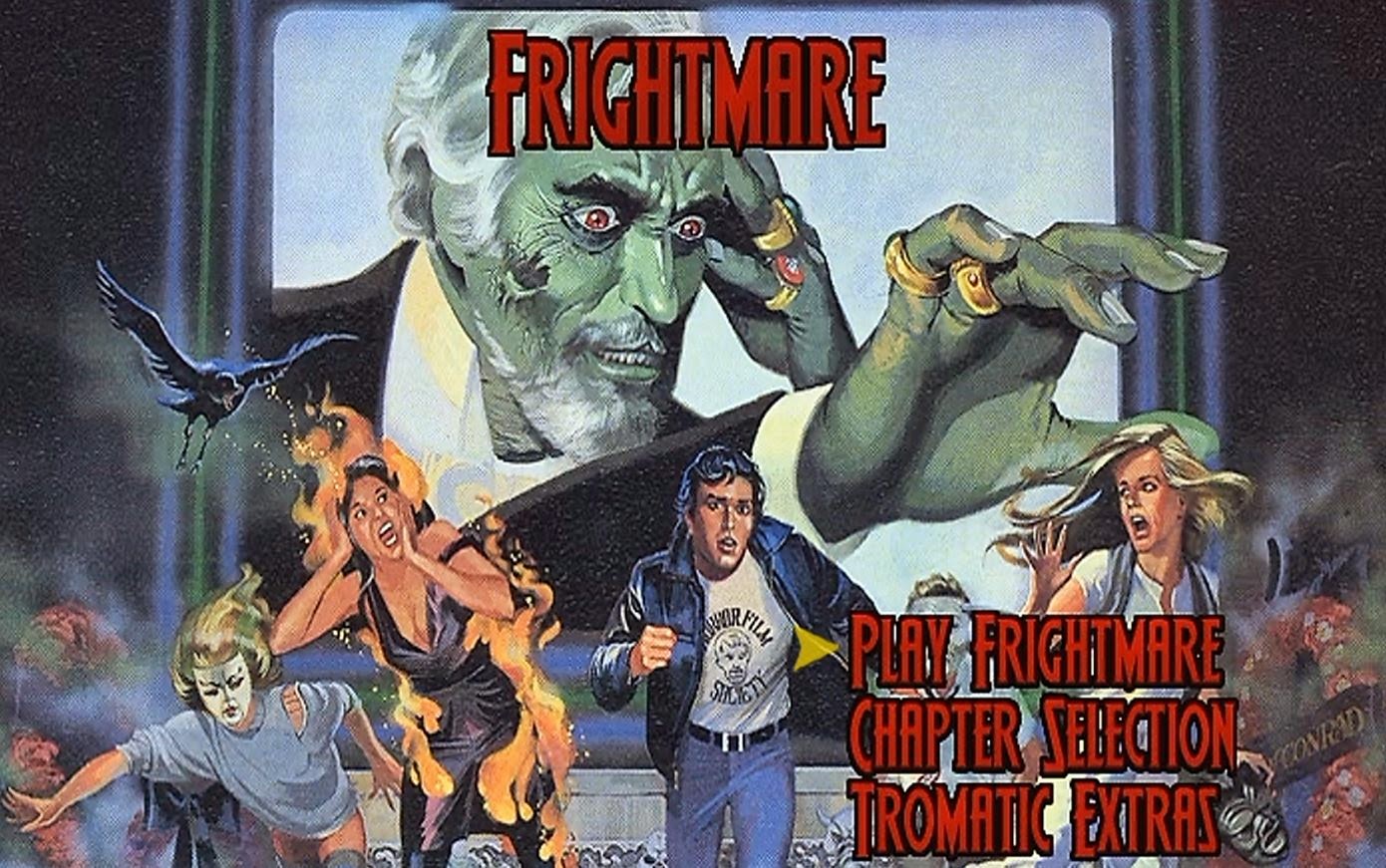 Lovelock and Starkwell don’t have that much experience with Troma, but what exposure they have had has not left them hopeful that anything with Troma attached to it is going to be all that satisfying.  This one is actually one that WASN’T Troma originally, they just picked up the rights to release it on DVD.  So, that gives us hope to the two who, let’s be honest, don’t want to have to sit through another “Poultrygeist”.  Troma’s not all bad.  But it sure ain’t all good.  Alright.  Come on.  Horror star!

[DVD has some opening introduction with Lloyd Kaufman.  It’s like a hundred million minutes long.]

Starkwell: Why is this so long?

[Honestly, we almost lost them before the fucking movie started.  Classic Troma.]

The story seems to revolve around an old actor, a Vincent Price / Bela Lugosi type of guy that I will, from here on out refer to as, Draculactor.  In the opening scene he straight up murders a director that he has a disagreement with.  Then they show him at some kind of “Inside the Actor’s Studio” type of deal and he passes out.  Some girl does mouth to mouth on him and revives.  Then he goes home and some fat guy tries to kill him but LOOK OUT Draculactor kills fat guy instead.

Lovelock: I’m starting to think he just faked passing out so some young student would do mouth to mouth on him.

Starkwell: He is remarkably spry when he wants to be.

After killing the fat guy Draculactor gets out of bed, plays his organ and then… climbs into a coffin, closes it, and apparently dies.  Lovelock and Starkwell are looking a little shocked and confused, and someone said “dude knows how to make an exit”.  He also filmed his own farewell and it was shown at his funeral.  Anyways, then some eighties punks, big fans of his work I guess, break into his tomb and steal his body.

Lovelock: Is this basically “Weekend at Bernies”?

Starkwell: I have a feeling something is gonna revive him.

Lovelock: So it’s “Weekend at Bernies 2”?

Starkwell: If that helps you.

Lovelock: I slept through that.

Starkwell: And yet you remember both "Bernie" movies.

The movie is boring.  But eventually after a cheesy séance and some loud sound effects that washed out most of the dialogue, it appears that Draculactor is back from the dead and killing the punks with all of his telekinetic abilities.  Admittedly, at this point, the movie starts being a bit more fun.  One highlight, for example, was when Draculactor stared at a woman in a bathrobe and made her burst into flames, at which point, I believe Lovelock said “burn baby burn”.  Unfortunately, it doesn’t offer all that much else, and gets boring again real fast.  Eventually Draculactor kills everyone, even his widow when she comes to visit his tomb.

[The movie ends with Draculactor talking to the screen / the audience about how Hell isn’t that bad.]