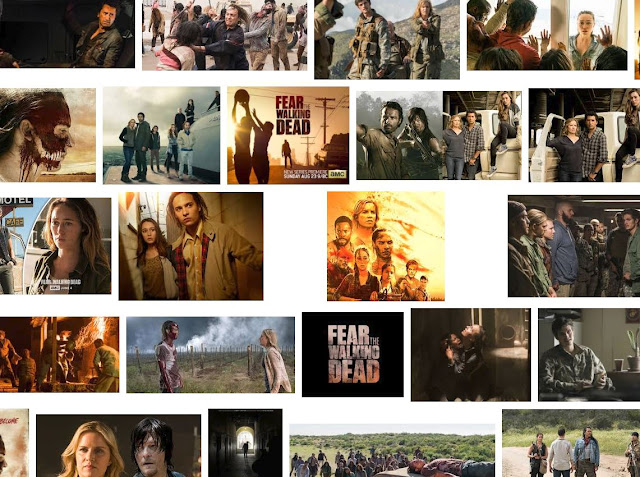 I hadn’t heard from him in a while, so imagine my surprise when Burt Malone sent me a letter!  It was a short one, sure, but pretty much to the point.  I guess he’s all caught up on the “Walking Dead” spin-off series “Fear the Walking Dead”.  Or at least he got far enough to make a bold statement.  Here you go.

Hey.  Why didn’t you forward me your new address, asshole.  You’ve been there for over three years and it’s been almost that long since we’ve heard from you, or since you’ve sat down with Starkwell and Lovelock.  What gives?

Well, anyways, I watched most of “Fear the Walking Dead”.  It’s ok.  The characters all pretty much suck, but they’ve come up with some good settings for dystopian shit.  I like the hotel thing.  And the bazaar was cool.

SPOILER ALERT BEST SCENE IS WHEN THEY KILL THAT FUCKING TEENAGE BOY.  Man did that character suck.  I think I’d rather watch “Z-Nation” then see another scene with that loser.  R.I.P. Travis and all, but HOLY SHIT did you ever make a shitty son.

Hope this letter finds its way to you.  I ran into Dr. Heckfire on the line, and he got me your snail mail address.  Hopefully he wasn’t lying, Fapperwheel style.

I honestly don’t know what half of this letter is talking about.  But shout out to Dr. Heckfire.  I’ve invited Starkwell and Lovelock over for coffee to see if we can reconcile and get the band back together.  Keep on keeping on, as they say.
Documented by Kev D. and Posted at 10:01